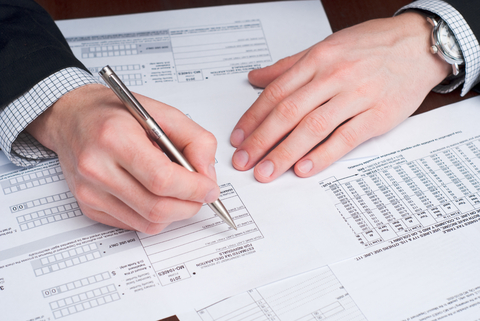 Ten Things to Consider Before Signing a Contract

Ten Things a Business Should Consider Before Signing a Contract.

TEN THINGS TO CONSIDER BEFORE SIGNING A CONTRACT

A contract governs the rights and duties of the parties to it. A contract may be oral, but lawyers prefer written contracts to help make certain that the parties agree on the terms of the contract. This article summarizes ten critical things you should consider before signing any contract.

1. Determine the Parties to the Contract

There are two parties to most contracts, often a buyer and a seller. Make sure the contract accurately identifies the parties. A common error is to use the name of a person representing an entity rather than the name of the entity. For instance, if your business is a corporation and is entering into a contract to purchase equipment, make sure the contract identifies the corporation as the purchaser, not you personally. If you sign a contract in your individual capacity, rather than as the representative of the entity, you will be personally “on the hook” and you have lost the limited liability that was likely one of your reasons for forming the entity in the first place. Never blur the distinction between you and the entity you own or represent.

2. Make Sure the Contract Clearly States the Rights and Duties of the Parties

This is the heart of any contract. The contract should specify what each party will do and when they will do it. Many contracts require one party to provide goods or services in return for payment from the other party. A good contract clearly states what goods or services will be provided and when and how the other party will make payment. For instance, if your business contracts with a website design company to build a website, make sure the contract specifies all the features that the website will contain. In many construction contracts, the parties will actually attach or incorporate the specifications and architect’s drawings so they become part of the contract. Ambiguity invites disputes. Make sure the contract clearly defines all relevant terms, leaving no room for misunderstanding. An experienced contract attorney can help you identify and clarify ambiguous terms.

4. Specify How Disputes Will Be Resolved

Disputes may be resolved by mediation, arbitration, or litigation.

Mediation is a non-binding process where the parties try to resolve their dispute with a mediator’s help. Typically, each party pays 1/2 of the mediator’s fees, so specify that the mediation will last no more than a specified number of hours.

Arbitration is a binding process where the parties tell their stories and the arbitrator makes a ruling. Arbitration can sometimes facilitate a quick decision, but the right to engage in discovery is limited and you may not be able to issue subpoenas or take depositions like you would be able to do if the dispute was being resolved in court. Arbitration often favors “the big guy” over “the little guy” because it limits the ability of “the little guy” to obtain documents he needs from “the big guy” to prove his case, and the up-front costs of arbitration are often greater than those involved in filing suit.

Litigation is just a fancy word for a lawsuit. If a contract anticipates that disputes will be resolved in court, the contract should specify which court will resolve any disputes. To avoid being dragged into court in another state or in a county that is far away, the contract should specify that the exclusive venue for any litigation will be in the county and state in which you reside or where your business has its headquarters.

6. Include a Merger / Integration Clause

The purpose of a contract is to make sure there are no misunderstandings, but what happens when one party claims the other made oral promises not included in the contract. The Parol Evidence Rule prevents a party from contradicting the contract by use of evidence outside the contract, but the rule only applies if the contract is intended to be the final agreement of the parties, so a contract should contain a clause such as:

7. Make Sure the Contract Cannot Be Assigned Without Your Written Permission

A party who has been the victim of a breach of contract has the right to seek damages from the breaching party. For instance, one party may seek to make the breaching party pay the costs incurred to repair or complete the work the breaching party was supposed to perform. However, the law also recognizes something called consequential damages, which includes damages such as lost profits. A contract may specify that neither party may seek consequential damages from the other party. Such clauses are common in documents prepared by architects or contractors, for example. Such clauses greatly limit the exposure of the architect or contractor, but may not be in the best interest of the other party.

9. Address When and How the Contract Will Terminate

10. Have an Attorney Review the Contract

An ounce of prevention is worth a pound of cure. We are amazed at the number of clients â€“ even very large businesses â€“ that enter into significant transactions without having a lawyer review the contract. Recently, we represented an organization that entered into a contract for the construction of a 5,000 square foot facility, but the parties were so anxious to complete the project that they did not bother to negotiate a written contract. Predictably, disputes arose after construction began and both parties ended up paying legal fees that were far in excess of what they would have paid to have lawyers draft and review a written contract.

Years ago there was a TV commercial for an automotive repair service that featured a mechanic saying, “You can pay me now or pay me later.” His point was that it is cheaper to pay for preventative maintenance than to pay for expensive repairs that would not have been needed if the preventative maintenance had been done in the first place. It is the same in legal profession.

ABOUT THE AUTHOR: Mark Cohen, The Cohen Law Group, PC, Boulder, Colorado
Mr. Cohen earned his BA at Whitman College and received his law degree from the University of Colorado. He served as a Judge Advocate in the U.S. Air Force. He also served two years as a Special Asst. U.S. Attorney in Nebraska.

From 1987-1995 Mr. Cohen practiced law in Nebraska, where he represented an agricultural lender in collection and bankruptcy matters throughout the state. In twenty-four years as a trial lawyer Mr. Cohen has conducted more than 100 jury trials. He has served as an on-demand military law expert for MSNBC.

Mr. Cohen served as Interim Municipal Judge for the City of Boulder for eighteen months. He also served on the Executive Board of the Colorado Municipal League.

Mr. Cohen has authored six articles in the American Jurisprudence Proof of Facts series. He is a member of the Board of Editors of The Colorado Lawyer. One of his interests is the use of “Plain English” rather than legal jargon in legal writing.

This entry was posted in Developing a global Business and tagged MSNBC, No Agreement, PC. Bookmark the permalink.