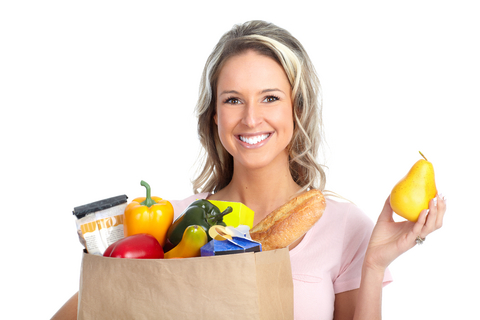 There is an old, familiar saying, “a woman’s work is never done,” and if anyone looks back on their childhood, they are sure to remember a mother who seemed to be almost superhuman. Advertisements in magazines for minivans are targeting middle-class, stay-at-home mothers everywhere. They try to capture the idea of a mother being superhuman, using it as the driving force (no pun intended) behind their sales. These ads portray the image of a mother who never seems to stop, but the ads also subtly give a sense of empowerment to mothers all across America. The message these ads convey makes mothers feel as though they are fighting a battle for all womankind, and in fighting that battle, the minivan will be just the ticket to getting them to the battlefield on time, without interfering with washing the dishes, doing the laundry, going to work, and loving her husband. In order to convince the viewer to buy their minivan, the creators of these ads use symbolism as well as playing on the old-fashioned, traditional role of women to read out to middle-class American mothers far and wide.

Prove your point in advertisement

To prove that a woman’s work is endless, the ad portrays a blurry image of a mother with her two children, implicating that they are on the go, in the midst of supermom’s busy day. Placed in front of her is an organizer, making the underlying message evident that there are a million other deadlines she must meet before she can call it a day. Behind the blurry and busy family, the Doge Caravan stands as the only image that remains still and clearly visible. Since it is the only thing that is unclouded, it symbolizes how the van is an utterly important building block in the structure of this family’s life. With the mother being active, never in one place for too long, the van stands as the “rock”, or the constant in her life; the one thing she can depend on when the rest of the world seems to be depending on her. The Caravan is shown as the unsung hero, the one thing that not only keeps mom together, but keeps her ready and waiting for more. The van is what represents stability in a frazzled woman’s situation, providing a sense of security in a not-so-stable world. The van’s distinction shows that although there should be some worry in any other car, with the millions of things that must get done, there is no need to sweat a drop with the Dodge Caravan on mom’s side. It is secure and reliable when things get their rockiest.

The way the advertisement is presented, there is an unmistakable relationship between the mother and the van’s place in the family. They are mirror images of one another in a way much deeper than meets the eye. In general, a mother represents dependability, reliability, and security; the integral force that keeps her family going. Just as she continues to push onward and forward, the van pushes on as well. TO her family, mom represents stability and strength, and the guaranteed ability to get the job done. The advertisement depicts the Van in the same light; as a dependable, reliable source for a family on the go. The van is a vehicle that will get where it needs to go with strength and direction. When mom feels as if she is going to break down, with everyone relying on her to meet their demands, the van is the one thing that MOM can rely on. Children always seem to have a blind trust in a mother’s promise to reach a particular goal. This ad is coaxing mothers into trusting a van blindly so that she can fulfill her promises to her family. The van is shown as the sort of force behind the force, the fuel behind the fuel, and in this sense, the van and the mother are one in the same, working together to get the job done efficiently.

Call for an action in advertisement

A mother’s job is one that is often taken for granted and never comes to a close. A mother’s work can very well be seen as “martyr-like”. Not only does a woman’s work never cease, but it is a job that offers no monetary or material reward at the end of the work day. This ad makes women feel as if their role set up for them so many years ago, that was, at one time, considered demeaning, is in actuality, profound and necessary. As stated in the advertisement, “what idiot coined the phrase , ‘stay at home mom?'” This idea is saying that being a mom does not involve plush pillows and relaxing all day. Instead, the job deals with the exact opposite. Being a mother goes hand-in-hand with compromising personal needs for the sake of others’. Despite what society has decided to label mothers who do not have a career, the ad says, in the top left-hand corner, that “it is more like, pedal to the metal, go-go-go mom”. IN relation to a job that is humble, and nowhere NEAR luxurious, the van is trying to be shown in a realistic light. The advertisement is not sending the signal that this car will fit into a “rich and plentiful” lifestyle, but rather, that it is a car that will give the average and exhausting lifestyle a sort of jump start with a vow to give the family the results they need. The Caravan is not presented as unattractive or unappealing, but as durable and practical; going above and beyond the more glamorous aspects of a car. The van is made for comfort and reliance along with all that is needed to keep moving on from day to day. It is the ‘what-you-see-is-what-you-get” “no-strings-attached” “all-American-pork-and-beans” car. The vehicle is portrayed as being capable of withstanding the most tiring of situations with ease. Additionally, the car will continue to give selflessly, without end, designed for real life to continue throughout its bumps and rough waters.

IN conclusion, this advertisement calls out to the mother who never seems to come to a halt and is never given a chance to. It tells a story of a woman who is a step beneath immortality, and should be entitled to the comfort of knowing there will be a chariot that awaits her that will get going when the “going gets tough”. It allows the average mother not to feel so average, as if her place in life is one that should be backed up with pride and honor. This advertisement conveys and invitation to purchase an on-the-go vehicle specifically designed for an on-the-go mother.

This entry was posted in Marketing and promotions: Advertising Your business and tagged Dodge Caravan, Doge Caravan, MOM, NEAR. Bookmark the permalink.