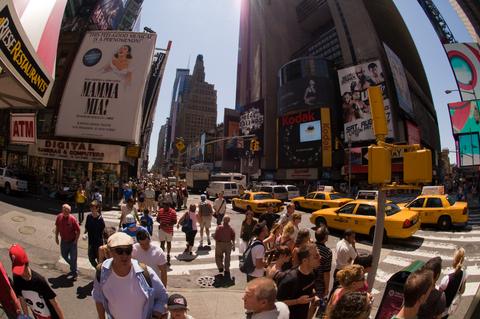 In addition to statistical analysis, there are a number of macroeconomic variables that should be considered when comparing foreign and domestic investment opportunities. Because each countries economy goes through “The business cycle”, which consists of a recession period, followed usually by rapid growth, it is important to know what part of the cycle a country is in. In addition to the effect this has on investments opportunities, it also gives us valuable insight into nearly every other economic variable of a country.

Real Gross Domestic Product is a great indicator of economic performance. Not only does it measure the value of final goods and services produced in a country, but it can also help indicate future economic growth. Because of this correlation between Real GDP and economic prosperity, “economists have long been interested in the determinants of long run growth, and the possibility of increasing it.” (1)

When Analyzing Real GDP, it is important to understand the Aggregate Function. This function compares the final amount of goods and services produced and the inputs used to create them. Usually, when the utilization of inputs increases, so does Real GDP. Thus, when we look at aspects of a countries economy such as labor, physical capital, human capital, and natural resources, it can help us determine if a state of growth or decline will occur.

Technological growth is an important aspect of a thriving economy. Because this growth has occurred so rapidly, economies have been able to produce goods at a faster rate and at a lower cost. This affects nearly every aspect of an economy. As technology continues to advance, Real GDP will continue to grow. This helps explain why analyzing the technological growth of a country can be a great aid when determining the health and prosperity of a country.

Another Macroeconomic variable that must be considered by potential foreign investors is the unemployment rate of the country. A low unemployment rate can indicate a healthy economy that is primed for continued growth. A low or declining rate can indicate economic hardships, which would not be a prime country to invest in. Before going into the specific details, we must first understand who is considered to be unemployed. According to the Bureau of Labor Statistics, each member of an economy is put into one of three categories: Employed, unemployed, and not in the labor force. (2) Full time students or other citizens who have no desire to work should not be taking into consideration when calculating the work force. Only those who have a job or have a strong desire to find a job should be considered.

Macroeconomic variables of a country should be looked at as a whole, instead of just relying on one specific part, as “ the growth that an economy experiences will be determined, partly, by the institutions of that economy. (3) Institutions, which can be broken down between private and public sector, include nearly every aspect of a countries economy. Because the private sector is usually for profit institutions, such as a bank, they have a direct impact on the health of an economy. Taking time to analyze the strength of the private sector could help determine the profitability of a countries economy.

The public sector, which includes government activities, can also show signs of a healthy economy that is primed for growth. “Government’s adopt various policies, and those policies can affect the ability of an economy to grow in the long -run.” For example, welfare policies can de-motivate citizens to work, which can negatively impact an economy. On the contrary, governments who give certain benefits such as property rights to its citizens can help strengthen an economy, as these incentives motivate people to succeed. The harder a countries citizen’s work, the faster economic growth will occur. Understanding how to analyze these factors of each sector can go a long way in finding profitable investment opportunities.

This entry was posted in Developing a global Business and tagged Aggregate Function, Labor Statistics, natural, run. Bookmark the permalink.