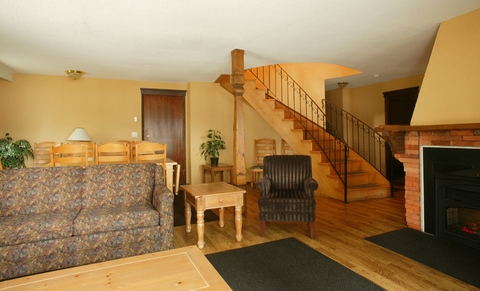 A Look at Ikea – Branding your store

IKEA is the number one furniture retailer in the world. Over the past couple of decades, they have been slowly penetrating the US market and have said that they want to operate 50 stores in the US by 2013. Currently, there are 37 IKEA retail stores in the US, but it has grown from 1 in 1985 to 14 in 2002. (IKEA case)

Before IKEA’s entry into the US market, furniture was a highly fragmented market, but in every case, furniture was expensive, long-term commitment. Expensive furniture was designer made and only available to higher class consumers. Low-end furniture was inexpensive and low quality; usually offered by stores like Wal-Mart. Although lower income consumers wanted designer furniture, they could only afford the cheaply made furniture.

As described in the case, specialty retailers “competed heavily on quality and service.” They had to offer delivery services because the furniture was already assembled and it was hard for the customer to transport it. The Furniture stores essentially had the burden of guaranteeing that the customer didn’t have to do anything after the order was placed, then they had to fulfill the shipment. This created a gap in the market and an opportunity for IKEA.

IKEA has a very pragmatic and efficient business practice; they do not waste time or energy. One of their company mantras was “We do not pay to ship air,” which has lead to their efficient packaging procedures. IKEA minimizes cost by packaging all of their products and furniture in smart, flat boxes that are easily shipped and moved. Furthermore, IKEA is very particular with their manufacturer orders and saves by having manufacturers compete for projects and choosing the cheapest company. IKEA makes a promise to their customers, if they assemble their own purchases and transport them home, IKEA will continue to offer low prices.

When designing their products, they have a few different, contemporary styles with prices ranges dependent on the cost of the materials used. They have a specific product/price matrix for every type of product and furnishing they design and eventually offer. These matrices allow IKEA to allocate the appropriate products to the appropriate price ranges and make sure that they carry a full line of products that consumers demand. They also help ensure that their price points are always 30%-50% lower than their competitors.

Their current entities, or target market, in the United States are described by them “as the sort of person who traveled abroad, liked taking risks, liked fine foods and wine, had a frequent flier plan, and was an early adopter of consumer technologies such as Walkmen, laptops, and cell phones. (Incidentally, IKEA described its least likely customer as the type of person who collected guns.)” Considering the time that this case was written, 2002, IKEA has an accurate concept of who their target customer is.

In the few years before 2002, the US was experiencing a massive increase in the value of the dollar and the bubble of the real estate market was continuing to expand. Banks and loan brokers were pushing loans through the system that should have never been funded. Consumers were taking money that they didn’t have, invested it with loans that didn’t cost them anything up front, and hoped that real estate values would continue to climb, so that they could flip their houses making a quick profit.

At the time, consumers didn’t credit the value of money and the people who had money were investors; people who liked to take risks buying and selling property. Additionally, traveling and fine foods would be part of this consumer’s interest. This consumer was likely to shop at IKEA because they often had to furnish homes and decorate with trendy fixtures.

The bubble grew and grew, and eventually burst, in 2006. Along with this cathartic cleansing of the market, emerged a new type of consumer. This new consumer wanted the gratifying feelings of new houses and decorations of 2002, but was price conscious. This consumer is the college graduate or student who wanted cheap, designer furniture. Starting in 2007, IKEA had a new target market.

This new consumer, Bob, experienced the market burst and collapse of 2006, so he and his family already enjoy the feeling of buying new things. Bob is a self- employed contractor that makes about $80,000/year. He tries to make money by investing in the real estate market, which is why he is price sensitive. Bob, this new consumer, enjoys variety and is not attached to material items, but he is conservative and doesn’t waste any kind of resource. He enjoys designer products because they make his wife happy and he appreciates compliments when she invites guests over. His son is in college, and college is expensive, so he needs to be extra price-sensitive.

IKEA was now the prototypical furniture retailer because of their low prices and modern design. From IKEA’s vision statement, “Most of the time, beautifully designed home furnishings are created for a small part of the population- the few who can afford them. From the beginning, IKEA has taken a different path. We have decided to side with the many. That means responding to the home furnishings needs of people throughout the world. People with many different needs, tastes, dreams, aspirations… and wallets. People who want to improve their homes and create better everyday lives.”2 (IKEA Case)

IKEA has a very unique distribution and catalogue concept. They have enormous buying power and contemporary furniture designs. Everything in their stock is new, exciting, and available to the masses. Given their prices and product, they fulfill the opportunity referred to at the end of the “current positioning” thread.

This entry was posted in Branding your business and products and tagged IKEA, Product Strategies, US, Wal Mart. Bookmark the permalink.