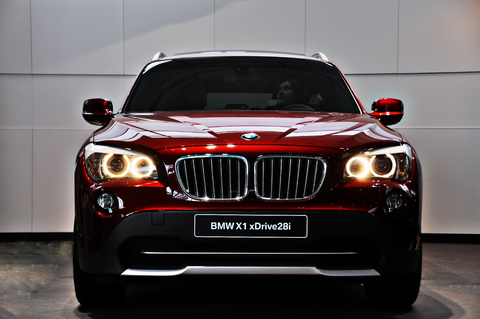 Multi-level marketing (MLM), also called business network marketing, is a term that describes a marketing structure used by some companies as part of their overall marketing strategy. The structure is designed to create a marketing and sales force by compensating promoters of company products not only for sales they personally generate, but also for the sales of other promoters they introduce to the company, creating a downline of distributors and a hierarchy of multiple levels of compensation in the form of a pyramid.
The products and company are usually marketed directly to consumers and potential business partners by means of relationship referrals and word of mouth marketing.
Not all MLM companies operate the same way, and MLM groups have persistently denied that their techniques are anything but legitimate business practices.
Independent, unsalaried salespeople of multi-level marketing, referred to as distributors (or associates, independent business owners, dealers, franchise owners, sales consultants, consultants, independent agents, etc.), represent the company that produces the products or provides the services they sell. Independent distributors develop their organizations by either building an active customer base, who buy direct from the company, or by recruiting a downline of independent distributors who also build a customer base, thereby expanding the overall organization. Additionally, distributors can also earn a profit by retailing products they purchased from the company at wholesale price.
This arrangement of distributors earning a commission based on the sales of their independent efforts as well as the leveraged sales efforts of their downline is similar to franchise arrangements where royalties are paid from the sales of individual franchise operations to the franchiser as well as to an area or regional manager. Commissions are paid to multi-level marketing distributors according to the company’s compensation plan. MLM businesses operate in the United States in all 50 states and in more than 100 other countries, and new businesses may use terms like “affiliate marketing” or “home-based business franchising”. However, many pyramid schemes try to present themselves as legitimate MLM businesses.
The FTC states “Steer clear of multilevel marketing plans that pay commissions for recruiting new distributors. They’re actually illegal pyramid schemes. Why is pyramiding dangerous? Because plans that pay commissions for recruiting new distributors inevitably collapse when no new distributors can be recruited. In a 2004 United States Federal Trade Commission (FTC) Staff Advisory letter to the Direct Selling Association states:
The FTC warns “Not all multilevel marketing plans are legitimate. Some are pyramid schemes. 2) Learn about the product
5) Talk to other distributors (beware shills)
Several sources have commented on the income level of specific MLMs or MLMs in general:
USAToday: “While earning potential varies by company and sales ability, DSA says the median annual income for those in direct sales is $2,400.”
The FTC advises that multi-level marketing organizations with greater incentives for recruitment than product sales are to be viewed skeptically. In March 2008, the FTC removed Network Marketing (MLM) companies from the proposed Business Opportunity Rule:
Because of encouraging recruits to further recruit their competitors, some people have even gone so far as to say at best MLMs are nothing more than legalized pyramid schemes with one stating “Multi-level marketing companies have become an accepted and legally sanctioned form of pyramid scheme in the United States”while another states “Multi-Level Marketing, a form of Pyramid Scheme, is not necessarily fraudulent.”
Companies have devised a variety of MLM compensation plans over the decades.
Unilevel plans This type of plan is often considered the simplest of compensation plans. As the name suggests, the plan allows a person to sponsor one line of distributors, called a “frontline.” Stairstep Breakaway plans This type of plan is characterized as having representatives who are responsible for both personal and group sales volumes. Volume is created by recruiting and by retailing product. Once predefined personal and/or group volumes are achieved, a representative moves up a commission level. This continues until the representative’s sales volume reaches the top commission level and “breaks away” from their upline. Matrix plans This type of plan is similar to a Uni-Level plan, except there is also a limited number of representatives who can be placed on the first level. Recruits beyond the maximum number of first level positions allowed are automatically placed in other downline (lower level) positions. Matrix plans often have a maximum width and depth. Like Uni-Level plans, representatives in a matrix earn unlimited commissions on limited levels of volume with minimal sales quotas.
Binary plans: A binary plan is a multilevel marketing compensation plan which allows distributors to have only two front-line distributors. If a distributor sponsors more than two distributors, the excess are placed at levels below the sponsoring distributor’s front-line. The primary limitation is that distributors must “balance” their two downline legs to receive commissions. Balancing legs typically requires that the number of sales from one downline leg constitute no more than a specified percentage of the distributor’s total sales.
Hybrid plan are compensation plans that are constructed using elements of more than one type of compensation plan.

This entry was posted in Marketing a business and tagged Direct Selling Association, FTC, MLM, United States. Bookmark the permalink.